The Varieties of Democracy Project (V-Dem) is an ambitious international effort to produce new indicators of democracy for all countries since 1900. With measures of democracy in great demand, V-Dem provides the global community with the world’s most comprehensive, accurate, and detailed democracy ratings.

The collaborative project is led by four principal investigators: Faculty Fellow Michael Coppedge, former Visiting Fellow John Gerring of Boston University, Staffan I. Lindberg of the University of Gothenburg, Sweden, and Svend-Erik Skanning of Aarhus University, Denmark. The Kellogg Institute serves as the project’s institutional home in the US, and the Varieties of Democracy Institute at the University of Gothenburg in Sweden is its home in Europe.

In addition to its PIs, the V-Dem team includes 12 researchers at 11 universities in the US, Europe, and Latin America; 31 Regional Managers all over the world; and more than 2000 country experts.

A New Understanding of Democratization

V-Dem seeks to capture seven different conceptions of democracy—participatory, consensual,majoritarian, deliberative, and egalitarian, in addition to the more familiar electoral and liberal democracy—in all countries since 1900. The different types of democracy are broken down into components and then into more than 400 specific indicators.

The reliable, precise nature of the indicators as well as their lengthy historical coverage is useful to scholars studying why democracy succeeds or fails and how it affects human development, as well as to governments and NGOs wishing to evaluate efforts to promote democracy. V-Dem makes the improved indicators freely available for use by researchers, NGOs, international organizations, activists, and journalists.

Data collection began in 2011 and now covers 173 countries, including colonies, from 1900 through 2012 or 2014. The goal is to update all countries every year or two when long-term funding is secured. In 2016, V-Dem has begun extending its data collection back to 1800. Quality control is critical to the success of V-Dem. During 2015, the team cleaned and aggregated the data and crosschecked it with lateral coding to ensure accuracy within and across countries.  All the data was made public on January 4, 2016.

V-Dem is very much a collaborative effort. In the first three years, the V-Dem team at Notre Dame oversaw the development of software for the researchdatabase and the web interfaces and also administered much of the data collection in the Americas. The V-Dem team in Gothenburg administered data collection in the rest of the world, developed the administrative database, and received most of the funding.

All data collection has been centralized at the Varieties of Democracy Institute since mid-2014, although the overall project continues to be governed jointly by the four principal investigators and overseen by a steering committee. CurateND, a service of the University of Notre Dame Libraries, hosts the archive of previous versions of the data.

Various V-Dem researchers have made presentations around the world to introduce local researchers to the possibilities of the data.  The Kellogg Institute cosponsored the first such unveiling in Latin America in Santiago, Chile in January 2014.

Funding from the Riksbankens Jubileumsfond has allowed the team to move forward on three subprojects:

In addition, a National Science Foundation grant to Notre Dame and two other US universities underwrote analysis of the impact of various aspects of democracy on health, economic growth, and other outcomes.

The Varieties of Democracy project has benefitted from the involvement of the entire Kellogg community:

Building on seed funding from the Kellogg Institute and the Swedish Ministry of Foreign Affairs in 2010, V-Dem has gone on to win more than $10 million in project support.  (Funds are for the entire collaboration but listed under their recipient institutions.) Proposals for additional funding are under development. 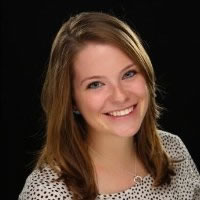 New Data and Analysis from Varieties of Democracy Project

9 April 2015
Democracy data for 120 countries around the world is now available for online graphing and analysis, the Varieties of Democracy (V-Dem) project has announced. "This makes us well on our way to the...